About the Eleven Cities Bicycle Tour

More than a century-old sporty tradition

For more than 100 years sports enthusiasts have been riding the Eleven Cities Bicycle Tour on Whit Monday. The route of this 235-kilometre tour along the Frisian eleven cities traditionally starts and finishes in Bolsward.

Participants
Different categories of cyclists participate in the tour. Fast ‘race’-cyclists, sporty cyclists and real recreational cyclists. The bicycles of the participants also vary. During the tour we see a lot of racing bikes, but also ‘regular’ bicycles, transport bikes, tandems and recumbent bicycles. 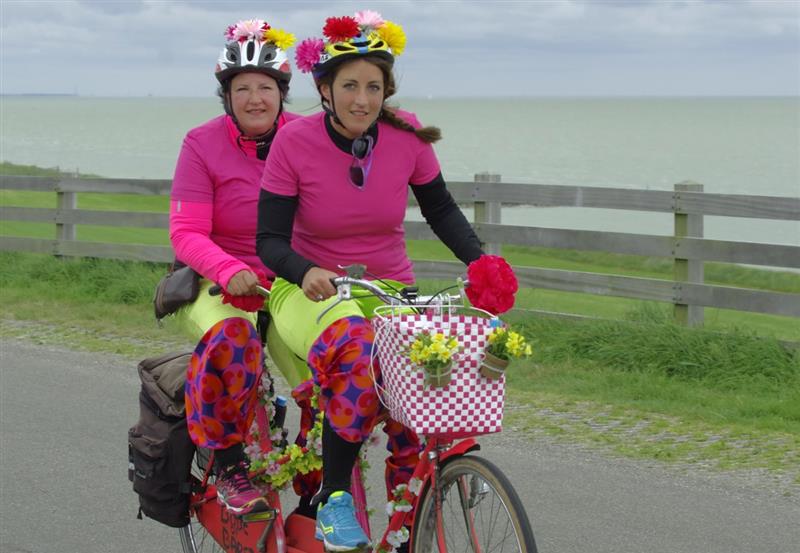 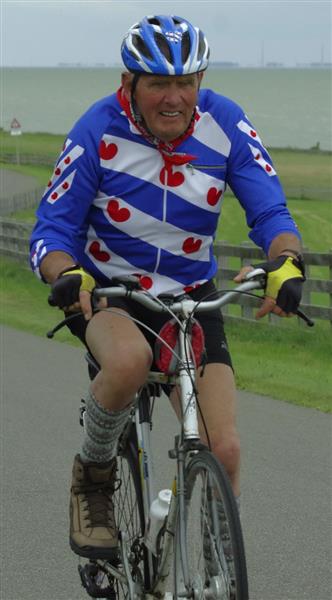 Some of the participants also turn their outfits into a real ‘sport’ and they ride the tour in the most colourful and at times hilarious costumes.

Through towns and countryside together: a sight to see!
15,000 cyclists riding through the Frisian landscape in a row, each at their own speed. It makes for an impressive image, but also requires the necessary discipline from the participants. Participants have to give each other space and take into account the lower speed of others.

And the festivities do not only take place on the route, but also along the side lines! In almost every village and every town there is something to do on this day. From music to banners with words of motivation and extra food or drink, the audience has become an essential element in this enormous event.

Eleven Cities Bicycle Tour more and more popular
By this time, the tour has become so popular that there are more registrations than the 15,000 available tickets. That is why there is a draw after the open registration for the tour. Once you have won the draw to participate in the tour, you will receive a ticket with a group number.

In the thirties and from 1947 until 1958 the Eleven Cities Bicycle Tour was organised as a race. At that time, there were two different tours, a race for racing cyclists on special bicycles and a race for cyclists on ordinary bicycles, a so-called proficiency ride. The race element naturally caused reasonably great cost for the organisation. Every reason for the board at that time to quit the races and organise only tour rides.

The interest for the tour in the early years was not as large as it is now. Until 1965 around 300 participants rode the tour annually. It wasn’t until 1966 that a period of growth began and in 1972 no less than 1,568 participants registered for the Eleven Cities Bicycle Tour. After this, the number of participants only increased and in 1978 more than 10,000 cyclists registered.

From 1979 the tour has had a maximum amount of participants because the interest for the tour was too big. From that moment on, a maximum of 12,000 cyclists could participate in the tour and the organisation was still forced to disappoint a few thousand cyclists.

We are not doing this alone!
The organisation of the Eleven Cities Bicycle Tour requires an enormous effort from all those involved.  The board of the Eleven Cities Bicycle Tour receives help before, during and after the event from hundreds of volunteers, the police, the Red Cross, first aid volunteers, trained sports masseurs, bicycle repairers, the road maintenance authorities and many others who are involved in the organisation.

Participants with 50 and 60 or more tours to their name